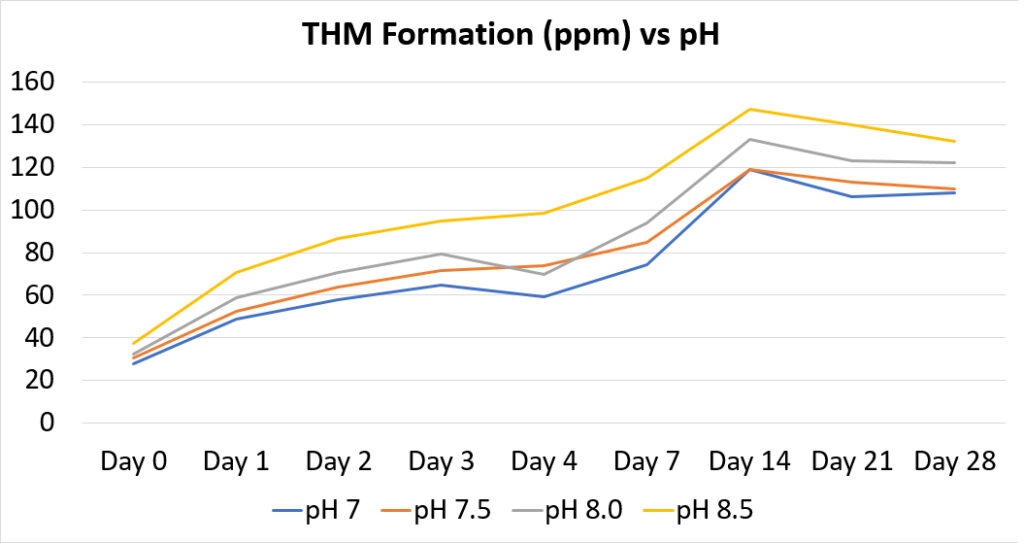 As a result, the tests showed the system could be operated at neutral pH to reduce disinfection byproducts (such as THMs) and actually have better corrosion control using SeaQuest. 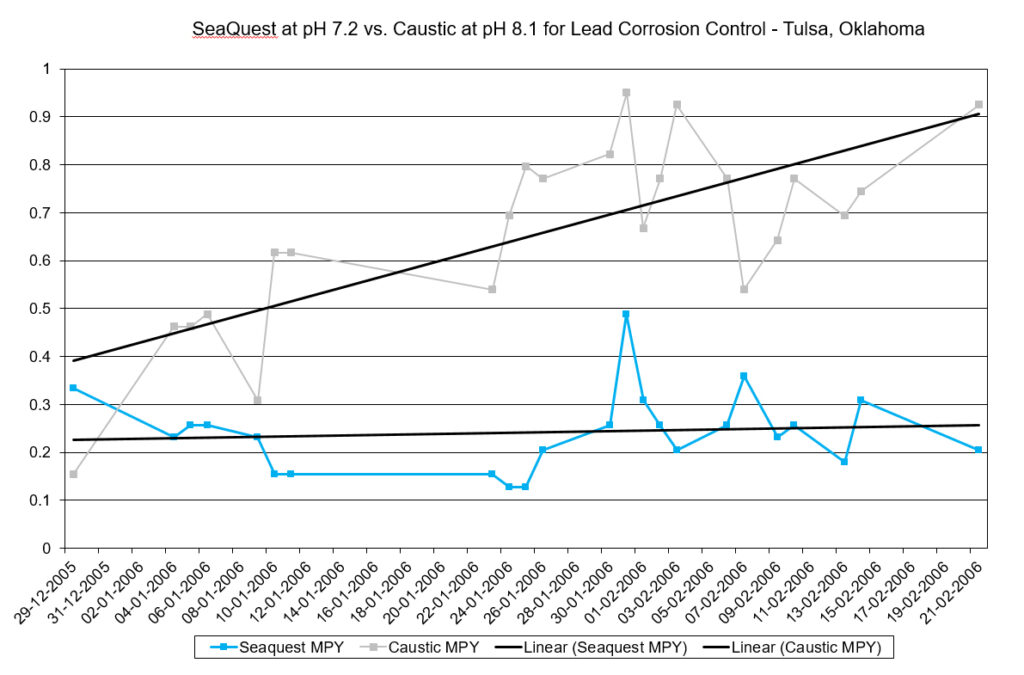 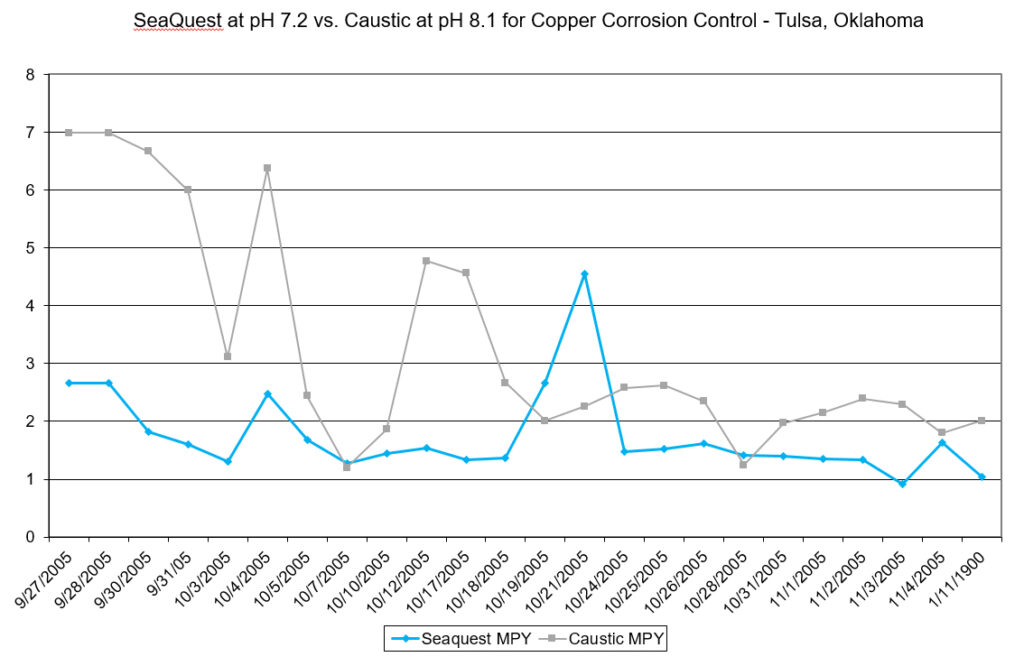