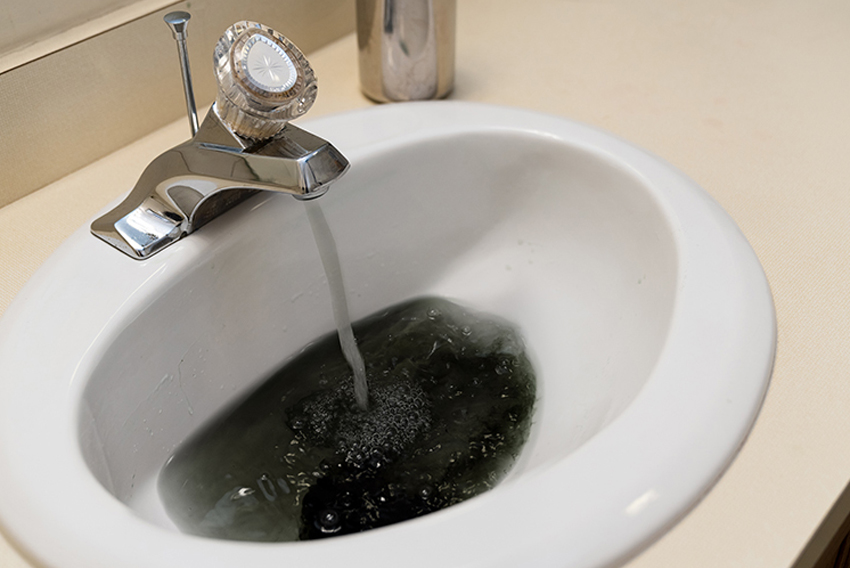 SeaQuest bonds with Manganese, Iron, and Total Hardness. This process is called sequestration and is the cleaning aspect to the polyphosphates in SeaQuest. SeaQuest prevents the oxidation of the metals keeping the water clear.

SeaQuest disrupts the corrosion and scaling development that naturally occurs when water meets piping. This unique chemical reaction is due to the orthophosphates consuming the free O & H radicals. The result is lower distribution pipe Fe corrosion, pitting, leaks, etc.

SeaQuest locates and binds to rust and scale in municipal and homeowner pipes. The combined polyphosphates and orthophosphates along with the specific combination of certain phosphates called SQ547 prevent flakes, specs, rust, or particulates from being released into the water supply.

Over time SeaQuest gradually dissolves away existing corrosion and scale with no adverse effects to water quality.

What leads to  Black Water ?

Mineral Deposits:
-Manganese (Mn) in the source water can cause black water. Mn also stains pipes and fixtures.
-Iron (Fe) as pyrite can contribute to dark-colored water.
-Magnesium (Mg) is generally present in the water supply. When oxidized it can turn black.

Older pipes
-Over time, pipes wear down and corrode. Tiny pieces of mineral can flake off from scale or corrosion tubercles found on the inside of the pipe, which can create black water.